Author/Source: Adapted from The encyclopedia of Sikhism (Harbans Singh) and other sources 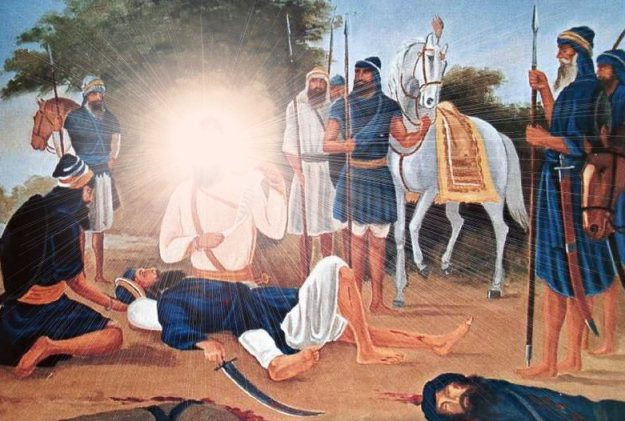 CHALI MUKTE, lit. forty (chali) liberated ones (mukte), is how a group of 40 brave Sikhs who laid down their lives fighting near the dhab or lake of Khidrana, also called Isharsar, on 29 December 1705 against a Mughal force in chase of Guru Gobind Singh are remembered in Sikh history and daily in the Sikh ardas or supplicatory prayer offered individually or at gatherings at the end of all religious services.

Guru Gobind Singh, who had watched the battle from a nearby mound praised the martyrs' valour and blessed them as Chali Mukte, the Forty Immortals. After them Khidrana became Muktsar - the Pool of Liberation. Etymologically, mukta from Sanskrit mukt means 'liberated, delivered, emancipated,' especially from the cycle of birth and death.

Mukti (liberation, emancipation) in Sikhism is the highest spiritual goal of human existence, and mukt or mukta is the one who has achieved this state of final beatitude. Mukta, also means a pearl, and the word would thus signify a title or epithet of distinction. It was probably in this sense that the five Sikhs, who on 30 March 1699 received the vows of the Khalsa immediately after the first five Panj Piare (q.v.), were blessed with the title mukta, plural mukte.

The term Chali Mukte is also used sometimes for the martyrs whom a huge army, in pursuit since the evacuation of Anandpur by Guru Gobind Singh during the night 5-6 December, caught up with and encircled at Chamkaur on 7 December, and who engaged the enemy in small sorties throughout the day with the result that the Guru with three other survivors was able to escape during the following night.

In 1704 Anandpur was under an extended siege by the allied forces of the Mughals and the hill chiefs. Provisions were completely exhausted and the Khalsa lived on leaves and the bark of trees. The Jats of Majha made up their mind to go home. The Guru would not let them leave unless they signed a disclaimer saying that they were no longer the Sikhs of Sri Guru Gobind Singh Ji.

Out of hundreds of Sikhs, only forty put their thumb impression on the disclaimer; they were then permitted to leave Anandpur. This was during the siege of Sri Anandpur Sahib, which lasted eight months long, resulting in about 10,000 Sikh Soldiers under the 10th Master, Sri Guru Gobind Singh Ji giving a devasting defeat to the one million mughals who had invaded the holy city. Each of the Hill Rajas, except about three groups were fighting along side the Mughal Imperial Army. 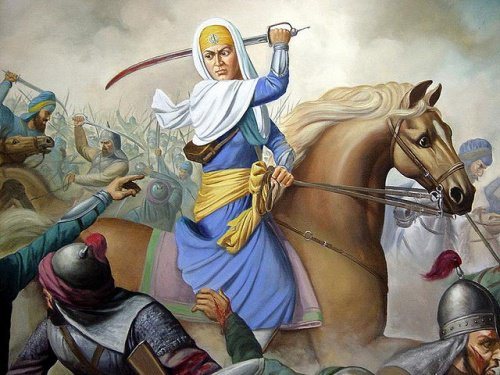 Mai Bhag Kaur Ji and the 40 Muktay in Battle
The forty deserters from Anandpur lived in the Majha region in the district of Amritsar. In one of their villages, called Jhabal, there lived a brave woman named Mai Bhago. She was known for her faith and courage, and she had a great zeal to serve the Guru. Her blood boiled at the timidity of those who, beaten by the ravages of the prolonged siege of Anandpur, disclaimed Sri Guru Gobind Singh Ji to return to their homes. She was smitten at the ignominy shown by these forty deserters. Mai Bhago charged them with cowardice and lack of faith. She was determined to wipe out this stain of infamy on Majha Singhs.


She went around the neighbouring villages and exhorted the women folk not to be hospitable to the deserters who had disclaimed the Guru. She shamed and censured the Singhs for their cowardice and eventually brought them back to the path of devotion and sacrifice. She, donning a man's dress, inspired them to return to the fold of Sri Guru Gobind Singh Ji. Feeling ashamed for their act of cowardice, they followed her banner and joined in the famous battle of Sri Muktsar Sahib, which was fought against the Mughal forces at Khidrana in the district of Ferozepur.

Mai Bhago vowed to suffer death on the blood-stained battlefield on behalf of the Guru. She fought so well in their ranks that she disposed of several Muslim soldiers. The "Chali Mukte" led by the great female general Mai Bhago had brought such damage onto the Mughal force of 10 000 strong, they had no option but to retreat. This battle can be found inside the British War History Wonders.

At the end of the battle, when Sri Guru Gobind Singh Ji was looking for survivors, Mai Bhago, who was lying wounded, greeted him. She told him how the forty deserters had valiantly laid down their lives fighting in the battlefield. Guru Saheb was greatly touched by her sense of remorse, self-sacrifice, and heroism. Mai Bhago recovered and remained in the Guru's presence after the battle of Sri Muktsar Sahib.

When Sri Guru Gobind Singh Ji along with his Sikhs was collecting the dead bodies for cremation, he found one of them named Mahan Singh still clinging to life. On seeing the Guru, he made an effort to rise, the Guru at once took him in his embrace, and sat down with him. Mahan Singh tearful and exhausted, requested the great Master to destroy the Bedahwa the letter disclaiming his being a Sikh of the Guru.

Before Mahan Singh died his merciful Guru took the document and tore it up. Showing infinite mercy towards his followers he named the 40 deserters who had fought until there last breath, after returning to Sri Anandpur Sahib and fighting for their beloved Guru, the Chali Mukte (40 liberated ones). 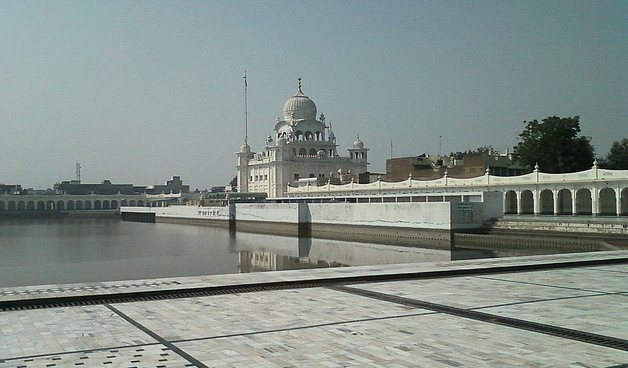 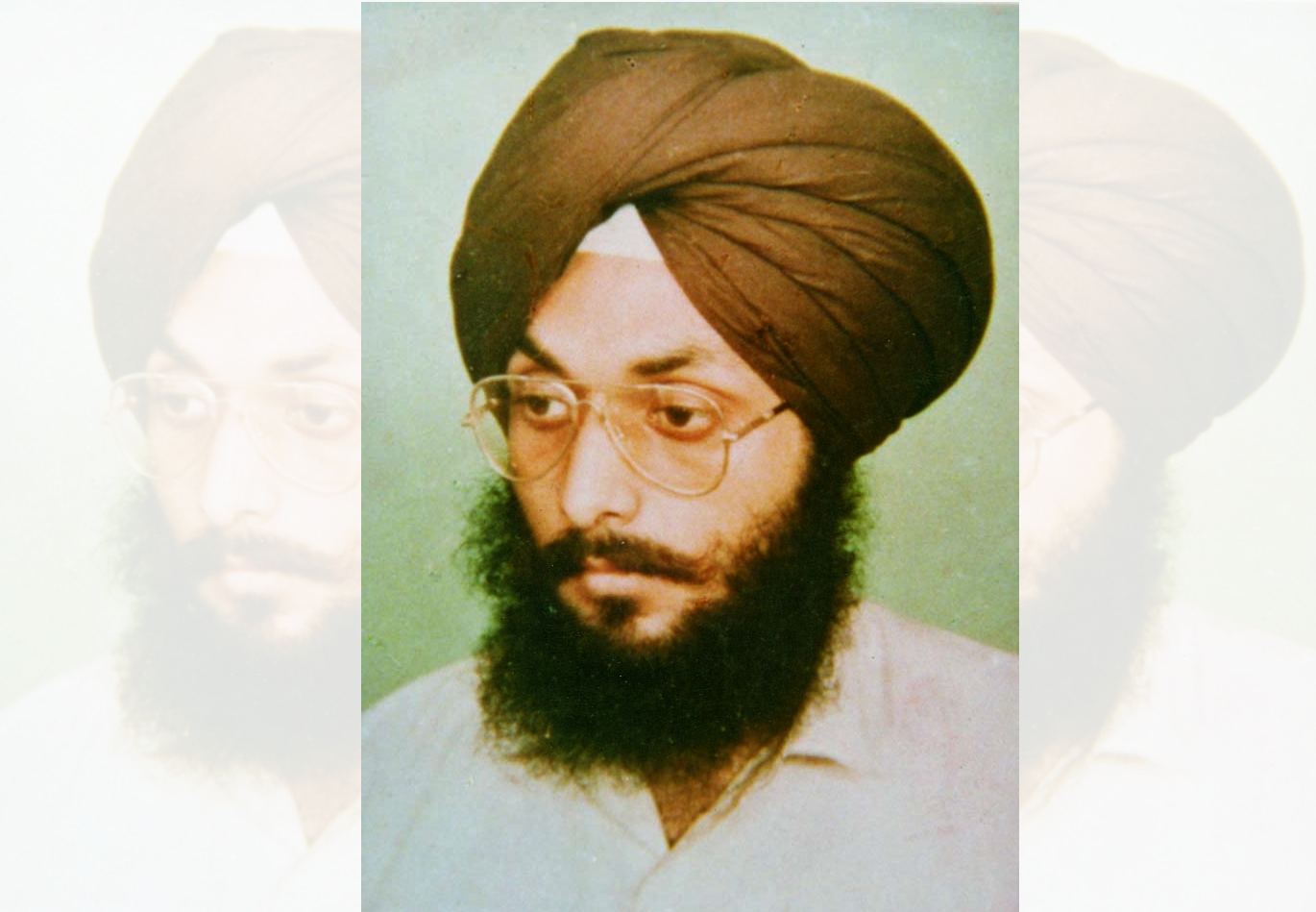